Why is Betting on College Football Different from the NFL 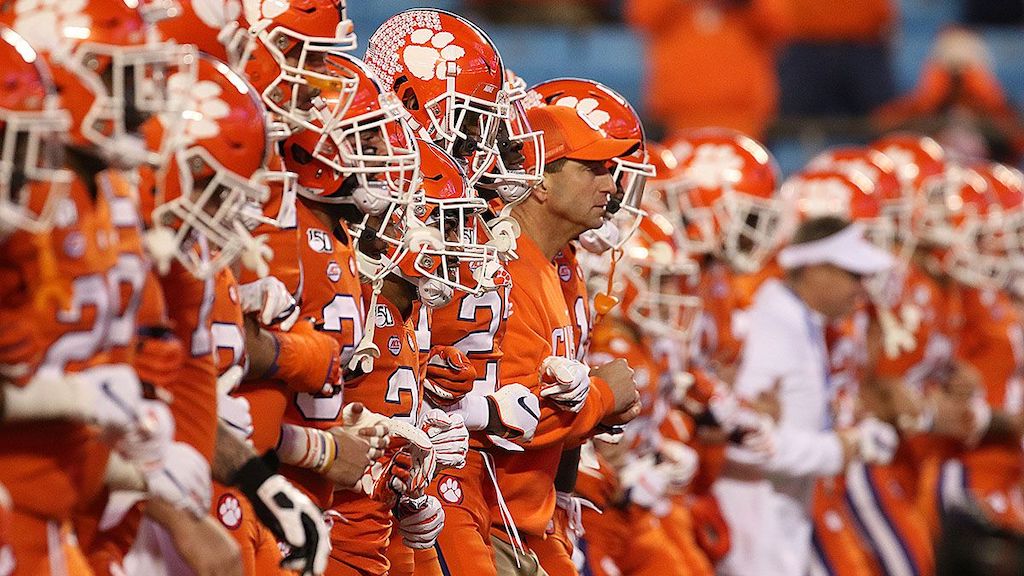 Betting on college football is both the same and different when compared to NFL betting.

– College football is much less predictable than pro football.

– The biggest difference between NCAA football and the NFL is the rosters.

College football is more unpredictable than the NFL for a number of reasons. Teams at the college level are composed of players who are still developing their skills.

College players may have the talent to play in the NFL, but they don’t have the experience and they are prone to make more mistakes. This makes college games exciting to watch but difficult to predict at some betting shops.

Coaches at the college level change very often. From year to year, this can lead to changes in teams’ performances.

Most college teams play in outdoor venues too. Teams in the northern part of the country often have games affected by severe weather. This makes games hard to predict as well.

The biggest difference in the levels of football – college compared to the NFL – comes in the sheer number of teams. There are 32 NFL teams with 53-man rosters.

The Football Bowl Subdivision (FBS) has 131 teams and rosters can reach 100 players or more. The difference between teams at the top and teams at the bottom is great. Think about Alabama playing UMass for context.

That is why it is not uncommon to see extremely large point spreads in college football as compared to the NFL. Spreads of 14, 21, even 28 points are typical in college games, especially early in a season when Power 5 teams play Group of 5 or even FCS (Football Championship Subdivision) teams.

The double-digit point spread is rare in the NFL. There is much more parity in the league than at the college level. That is why point spreads do not vary that much during a typical game week.

Once a point spread is released in the NFL, it will adjust based on injury reports and the myriad of information available each week via media outlets like ESPN and the NFL Network.

College point spreads will move much more than those in the NFL. Information at the college level is harder to come by than that of the NFL.

Injury reports are not required and point spreads may move two to three points before closing. That type of volatility makes betting on the college game more difficult.

Then, there are the lesser-known FBS teams. When teams in the Mountain West are playing on Saturday night, how many fans even know? Sure, they know teams in the SEC and Big Ten, but Colorado State? San Diego State?

There may not even be much action on a game involving New Mexico State and Liberty. This lack of information makes it difficult to bet on college football. Bettors might be able to find action on some of these lesser-known teams by CLICKING HERE.

Playing on your home field, whether in the NFL or at the college level, is a bonus for a home team. You get to stick to your routine, for example, and that is an advantage for a home team.

Elevation is another factor that is often brought up in the NFL when teams play at Denver. It is, of course, the Mile High City. Well, not far from Denver is Laramie, Wyoming, the home of the University of Wyoming Cowboys.

Laramie sits 7,220 feet above sea level. One would think Wyoming has a huge advantage playing at home. They may, but it largely depends upon the opponent.

Weather and traveling through time zones are also other factors that affect both college football and the NFL. The biggest factor that really affects how bettors handicap a game comes down to one thing.

The Rosters Matter When Betting on College Football

There is a huge talent gap in the college game. Remember, only 1.2 percent of college players get drafted to play in the NFL. At the pro level, the differences in talent are much less. That is why any team can beat any other team on any given Sunday.

Think about the differences just within the Big Ten Conference. Ohio State has won five conference championships in the last decade. Illinois, on the other hand, has won 39 games in the last ten years.

The Buckeyes have beaten Illinois in nine straight games dating back to 2008. Now, think about the difference in roster talent between Ohio State and a team like Akron, Texas State, UMass, or New Mexico State.

Those differences in talent are why point spreads of 20 and 30 points are more frequent in college football.

One of the easiest college football betting strategies is to simply focus on a certain group of teams. The simplest way to do that is to become an expert on a specific conference and limit your betting to teams in the conference.

It could be the SEC or it could be the MAC. Regardless, removing a bunch of teams from consideration makes betting on college football easier. CFB bettors may want to try the latest trend in betting as well.

Then, take your betting a step further and limit it to a very specific subset of the market. Maybe you only bet CFB totals. And, you only bet totals where the two teams playing have a combined scoring average that adds up to more than the total. In such games over the past several years, the Under has won more than 58 percent of the time.

Whatever your thing may be, stick to it. Stay disciplined with your money management strategy and always shop for the best lines. These are easy strategies that can help bettors across all sports.